The State of Opportunity in America

Across the country, fragile communities face barriers to opportunity, including high levels of poverty, low-performing schools, inequities in law enforcement and limited economic opportunities. These communities are in urban, rural and increasingly suburban areas, and they include people of all races and ethnicities. For years, researchers and policy-makers have debated the entrenched poverty and lack of social mobility that plague such communities.

Too often, this research has had a paternalistic or “ivory tower” feel in which those conducting the research see themselves as solving the problems of those they study rather than including them as active participants in the problem-solving. The Center for Advancing Opportunity (CAO) has partnered with Gallup to approach these issues in a different manner that begins with listening closely to the people who live in these communities. The idea is that there can be no conversation around removing the barriers to opportunity without including those who live in the communities that are most impacted.

View the full report and its contents. 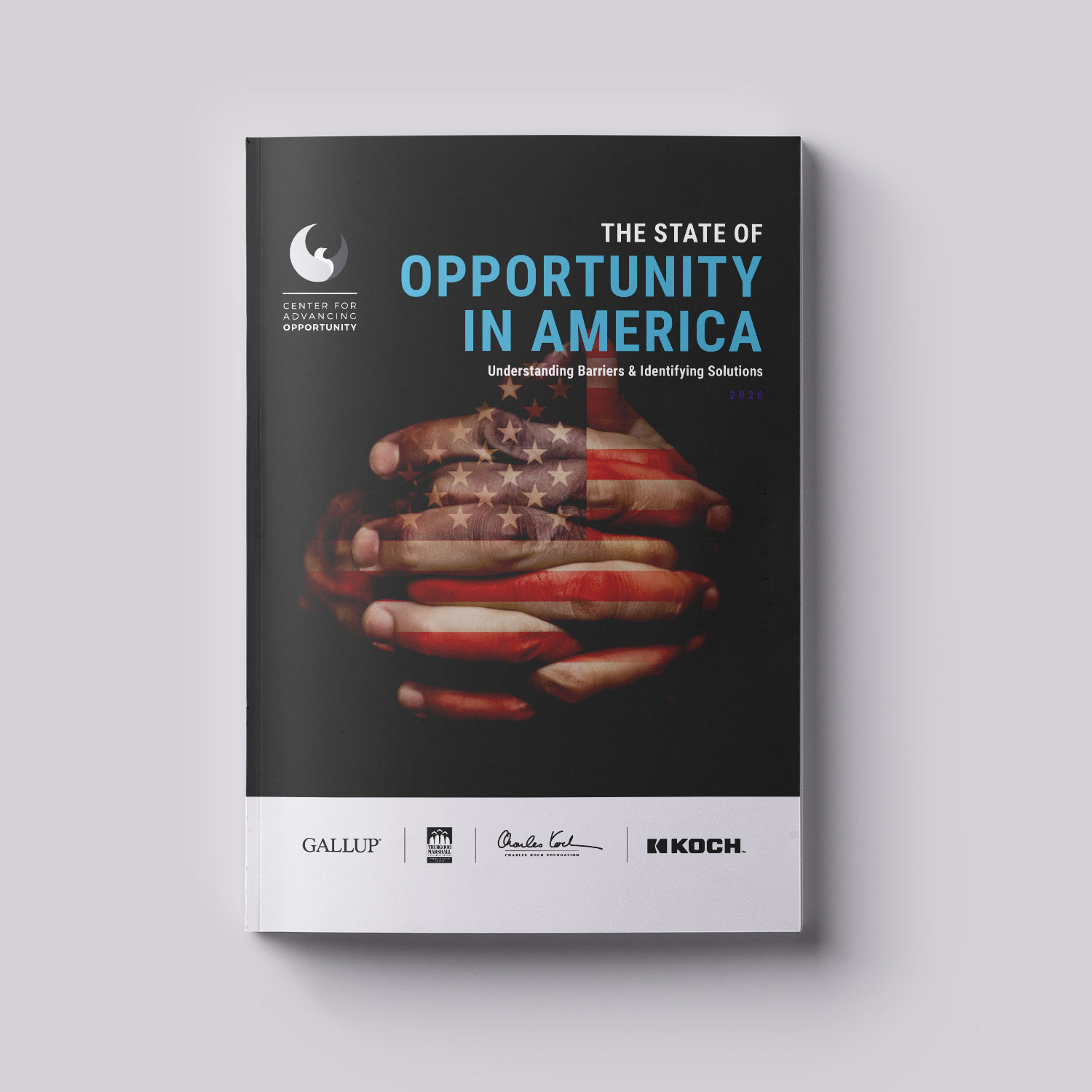 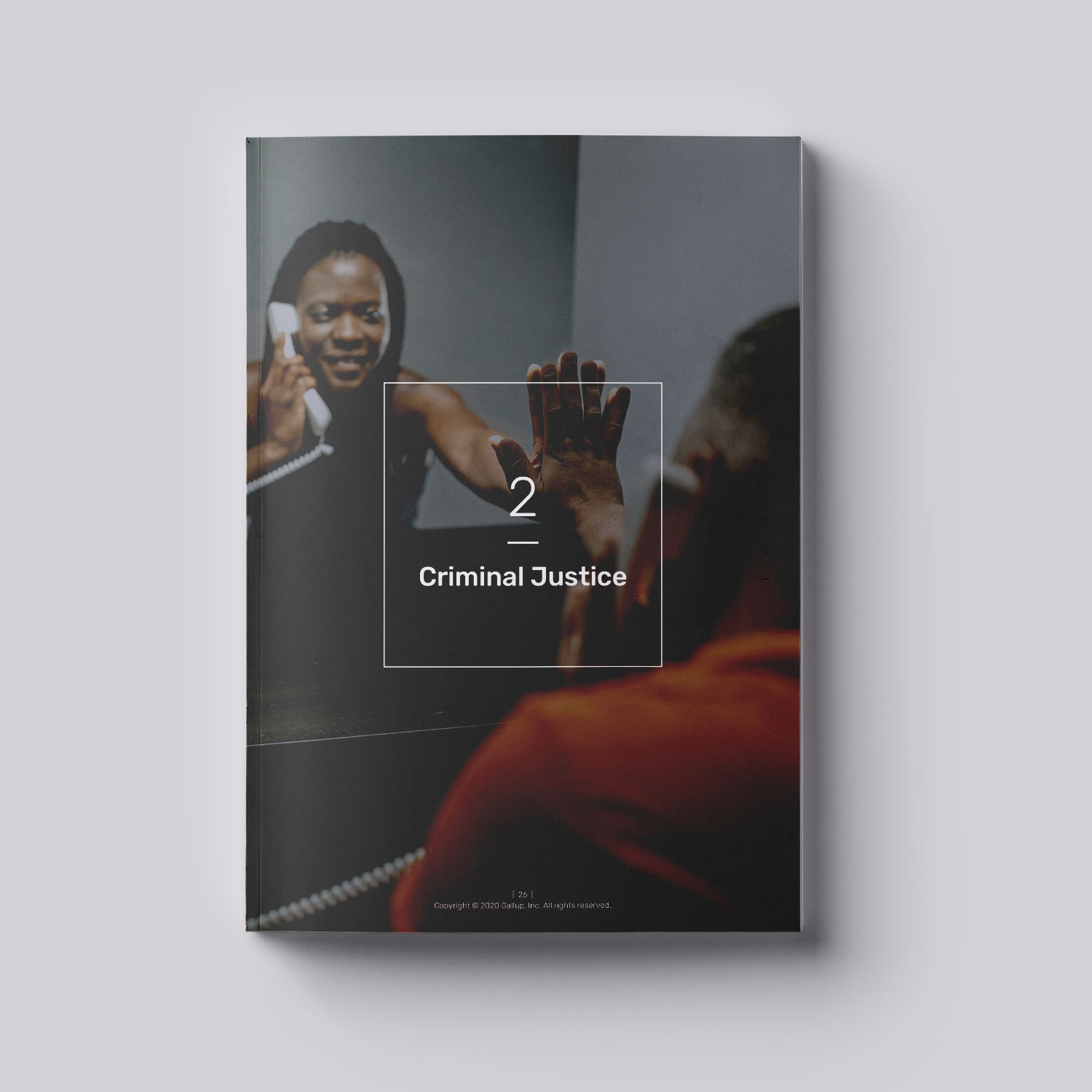 About half (51%) of fragile community residents would like police to spend more time in their area, with Black (52%) and Hispanic (59%) residents more likely than White residents (46%) to respond this way.

Howard Henderson, who holds a doctorate in criminal justice, is the founding director of the Center for Justice Research and a professor at Texas Southern University. In the interview that follows, Henderson shares his thoughts on approaching criminal justice reform from the local level.

The CJR is devoted to solutions for an equitable criminal justice system. What research model does the center use to serve this purpose?

The center leads research projects and engages in local partnerships to produce innovative solutions for local criminal justice reform. As part of our research model, we spend a considerable amount of time talking to members of the community and local decision-makers, like police chiefs, district attorneys and policymakers. We use our conversations with these groups to formulate our research questions. We’re working at the grassroots level, speaking with the people who are working on criminal justice reform issues and those who are affected by the issues. Cultural sensitivity is also an important part of our research model because if you overlook individuals’ experiences, you miss the nuances between groups.

What areas are top of mind right now for criminal justice reform?

In the wake of George Floyd’s death, we created a National Police Reform Advisory group that brings together the brightest minds to conduct a nonpartisan assessment of all the police reform bills being proposed. We’re approaching reform from the bottom-up, which has shown to be more effective than top down because 80% of the criminal justice system is local. We build those relationships with the communities and the key local decision-makers to ensure communities aren’t left with policies that are inapplicable to their cities.

How are COVID-19 and the Black Lives Matter movement impacting your work in criminal justice reform?

Criminal justice has to be situated within a broader societal context — you can’t separate it from education, economics and public health; they’re all intricately interwoven. What’s interesting is that we now have opportunities to make sure science and research govern decisions in the criminal justice system, whereas in the past it was governed by emotion. Now we have a bipartisan push and the First Step Act is a good example. In terms of the protests, they are the most diverse in the history of this country. The movement is not only about police reform; it encompasses other civil liberties. Criminal justice has been the catalyst and a vehicle through which we’ll see tremendous change in this country.

What are some of the policy solutions the Center is examining?

We have to think about policies related to police hiring practices and examine the personality types and characteristics of officers who are more likely to use force versus those who don’t get involved in use-offorce cases. Environmental design is also important — how do we design neighborhoods that facilitate good relations between the community and the police?

From the community, we need to understand the people who are not directly impacted by criminal justice issues — the people who don’t live in urban areas and watch this stuff on TV — and ask how they feel. If they have positive perceptions, what makes them feel positively toward the police and makes them feel the police do their job well? Finally, we need to find out from policymakers themselves what makes it challenging for them to pass equitable justice system policies. If we do not move from protest to policy, we can’t get anything done.