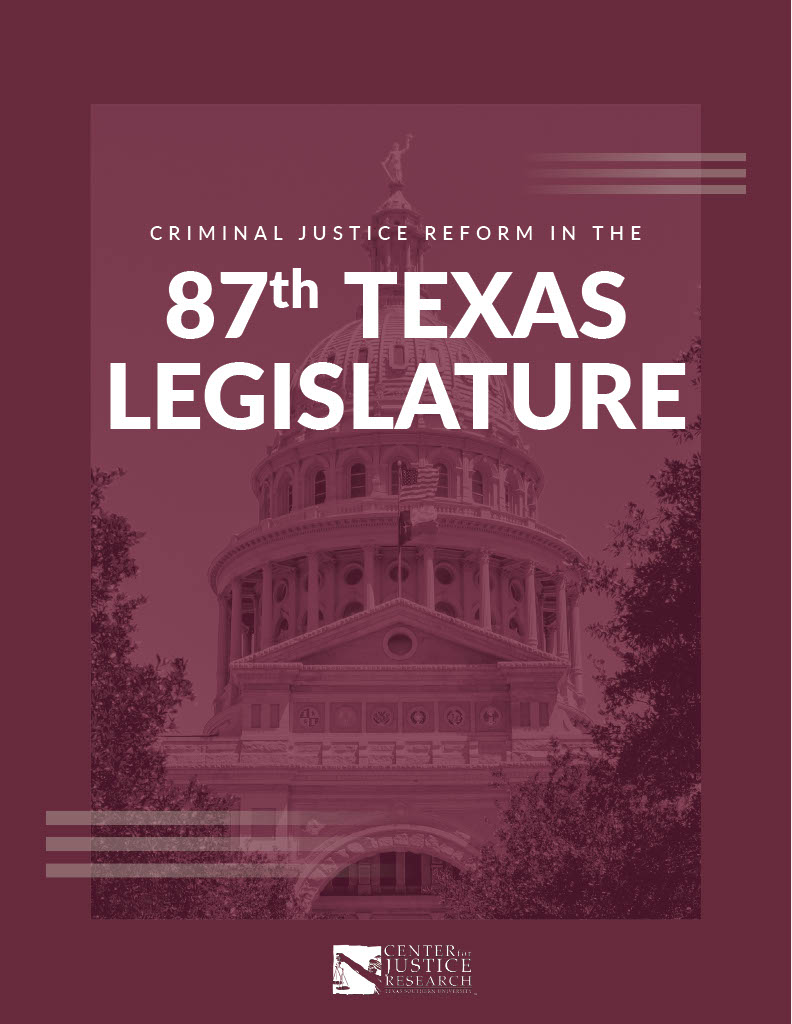 The 87th legislature of the State of Texas began on January 12, 2021, and concluded on May 31, 2021. Texas lawmakers convened under circumstances that were particularly unique. First, the legislative session began just six days after the historic riot at the nation’s capital in Washington, DC, in which right-leaning protestors stormed the Capitol. Many critics asserted that the actions of protestors were fueled by rhetoric by the outgoing President of the United States. Additionally, the session opened while the State of Texas and most of the nation were under restrictive measures due to the COVID-19 shutdown. The handling of COVID-19 was highly politicized, with conservative and liberal lawmakers taking vastly different approaches in handling the pandemic. It is within this larger context that the Center for Justice Research entered the arena of this legislative session, given current events and with the end goal of providing a deeper understanding and analysis of forthcoming legislative bills to lawmakers across the state. 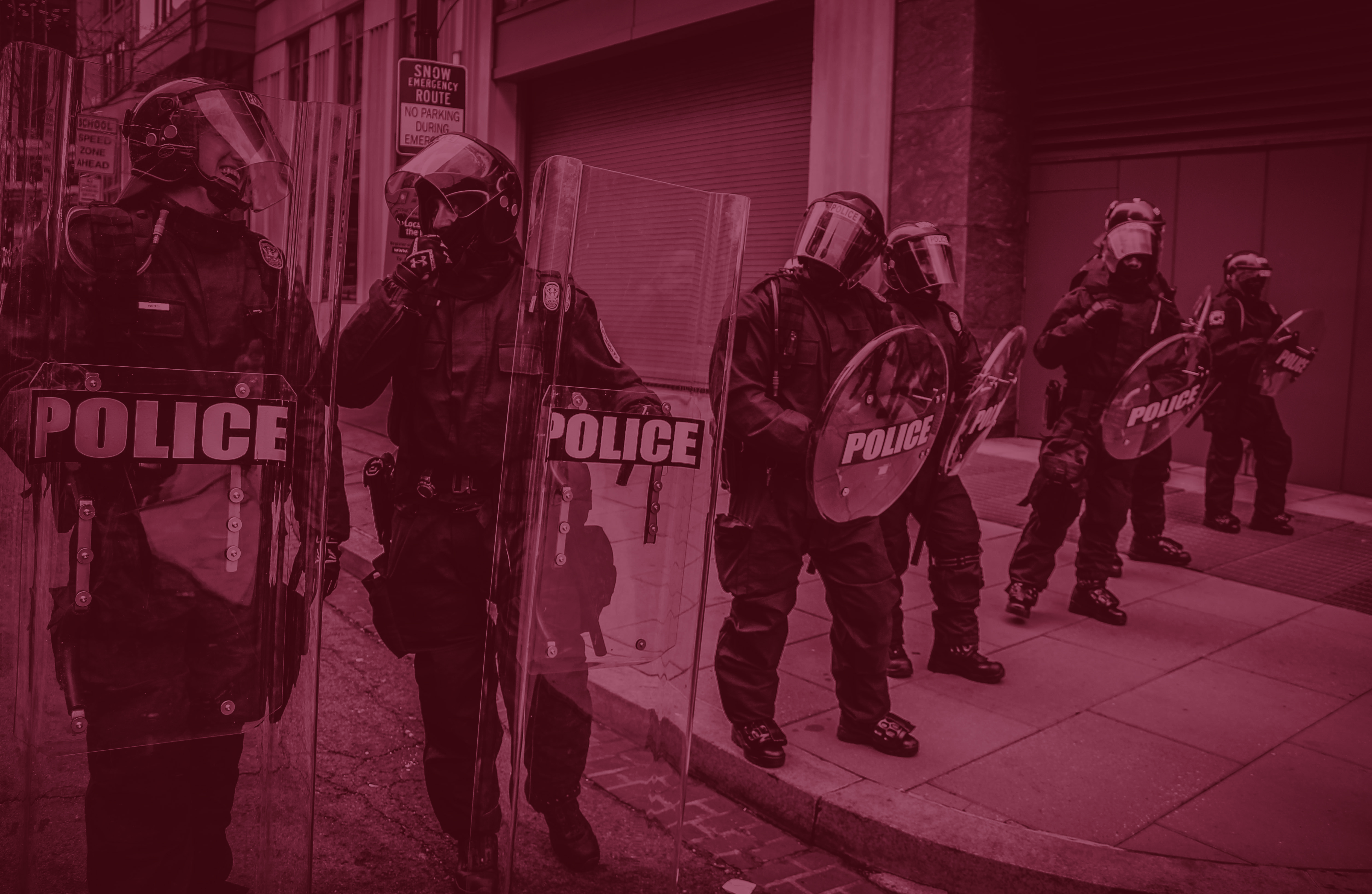 ‍At the beginning of the 87th Texas legislative session, we identified 60 bills related to criminal justice. The bills identified were divided into the following categories (number of bills):

As the 87th session began, we began prioritizing the 11 bills that we previously highlighted while continuing to monitor the remaining 51 bills. Our policy team met internally on a weekly basis to strategize and guide our discussions with elected officials, as well as shape our evidence-supported talking points and policy briefs for testimony. These frequent meetings were instrumental in determining which new bills to incorporate into our watchlist. 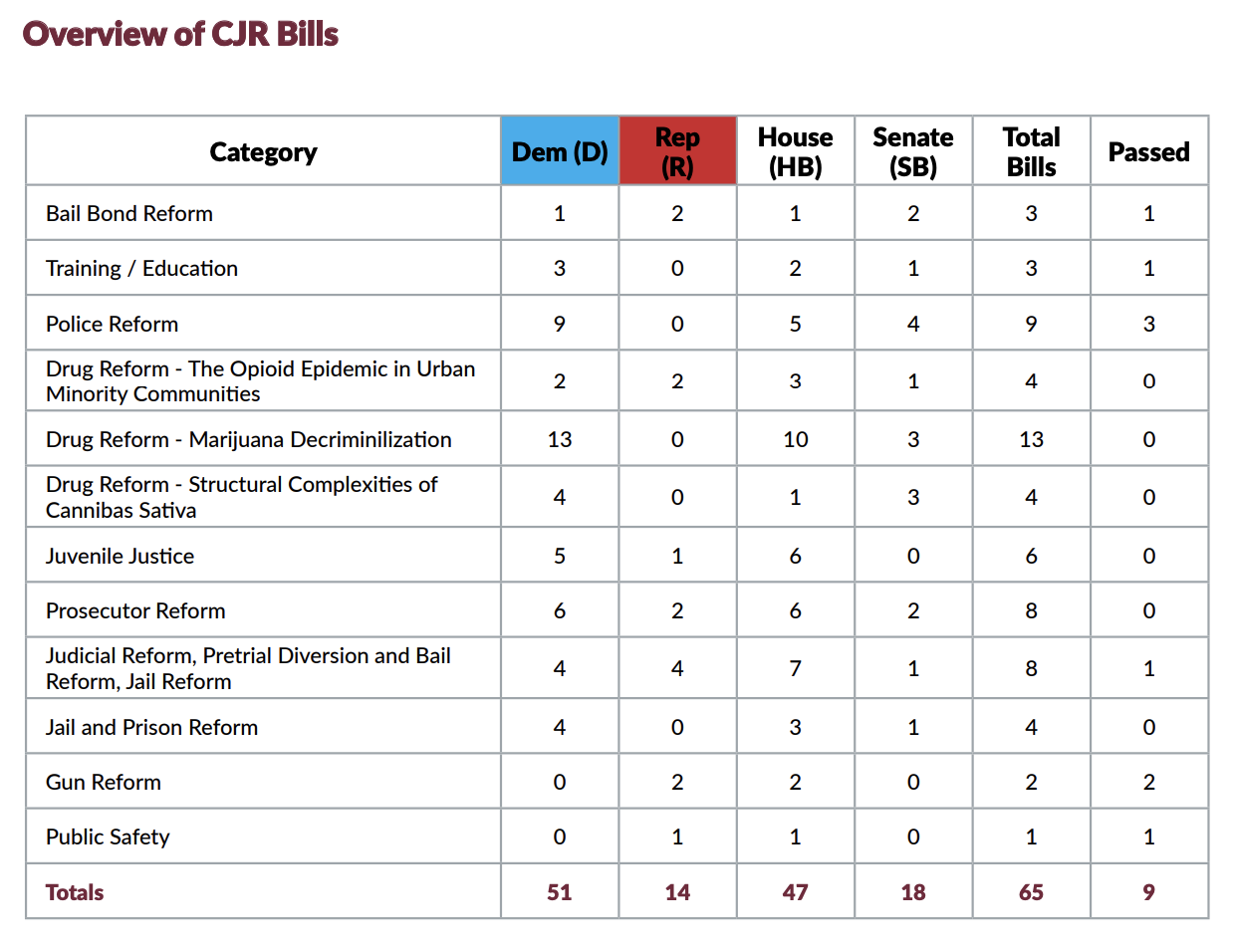 ‍During the 87th legislature, criminal justice reform was at the heart of the agenda. While there is still sustained resistance to comprehensive police reform by some elected officials, public opinion has shifted in a manner that is opening doors for police reform. At the heart of the matter is a public-relations chess match between those fighting for equitable change and those who wish to maintain the status quo. Public opinion has shifted in such a way thatit was difficult for police departments and police unions to mischaracterize reformers as radical. By listening to testimony on the George Floyd Bill, many law enforcement advocates publicly stated their support for police reform. However, almost every policing representative stated that qualified immunity was necessary for officers to do their job.

‍At this time, ending qualified immunity is the critical issue in policing reform. During the 87th legislature, police departments consistently articulated that they supported efforts to hold officers accountable but that they could not support removing law enforcement officers’ qualified immunity. Many public servants carry qualified immunity, which prevents them from suit for actions performed during their official duties. However, other public officials do not carry out a duty in which a mistake or corruption by the said public servant can result in the immediate loss of life or incapacitation of a citizen or resident. According to a 2020Pew study, at least two-thirds of all U.S. citizens agree with ending qualified immunity for police officers. Along racial lines, 86% of African-Americans, 75% of Latinos, and 60% of whites agree with ending the policy of qualified immunity for law enforcement.

While three major elements for the George Floyd Act passed, there is a need for more strategic bipartisan policy partnerships that will cement police accountability.According to the LA Times, 17 states have voted to limit or ban chokeholds after the death of George Floyd. At least 34 states have created laws for body cameras. While these laws mark progress, the ability to sue, not just fire, officers will mark a new era for police reform. As researchers and policy advocates, we need to develop new strategies and campaigns aimed at providing the research so that policymakers can make the most informed decisions.