Only 72 of America’s 100 largest cities have policies outlining officers' duty to intervene and requiring them to report incidents when their fellow officers use excessive force.1 Before the death of George Floyd and unprecedented citizen protests, only 51 departments had similar policies.2

Understanding the community's safety needs and law enforcement is vital to productive and equitable police-citizen interactions.

However, as the high-profiled deadly uses of force and shootings by police have revealed, persons living in over-policed and predominantly Black and Brown communities face the greatest risk of imminent harm and death during police interactions3. These alarming events of the use of deadly force in the presence of other officers who have failed to intercede have highlighted the need to better understand the nature of bystander intervention and accountability.

As George Floyd gasped his final breaths from his neck under the knee of an officer sworn to protect and serve, three other officers stood by and watched. Those three have been charged with aiding and abetting murder, but their attorneys have suggested that they deferred to their higher-ranking officer. George Floyd’s death sparked national outrage and shone a bright light on an officer’s duty to intervene when another officer uses excessive force.4

Laws and policies are necessary to direct officers to intervene in situations of excessive force. Maintaining safety is achievable, but only if officers (a) have an explicit responsibility to intervene, (b) stop the excessive force, and (c) face severe consequences for failing to do so. It is clear that actionable, national-level policies are needed. Absent a standard, Americans, particularly historically marginalized groups, risk the severe threat of harm and even death, as many recent events have unmasked.

The American law enforcement profession represents the singular legal body authorized to use applied force to coerce citizens’ compliance in administering their lawful duties. In light of George Floyd’s case, as well as countless others, balancing the need for policing in a free society against the need to afford citizens’ their constitutional protections against abusive powers must be at the forefront of socio-legal debates. The current system is simply not working to preserve the due process or equal protection rights of historically marginalized groups.

Several years prior to the death of George Floyd, the family of Dr. Seldon Deshotels asserted a 42 U.S.C. § 1983 bystander liability claim against four Lake Charles, LA police officers who failed to stop a fellow officer from tasing Dr. Deshotels as he laid restrained and incapacitated. Police officers were called by homeowners who spotted Dr. Deshotels on their property. Similar to the events in the George Floyd killing, the medical examiner reported that Dr. Deshotels died as a result of “asphyxia caused by a misapplied chokehold, compression of the chest during the struggle with police.”

The 5th Circuit Court identified the family’s claim aligned with the Court’s prior decision in Hale v. Townley (5th Cir. 1995), which found “an officer who is present at the scene and does not take reasonable measures to protect a suspect from another officer’s use of excessive force may be liable under Section 1983.5” In the determination of the reasonable standard, the Circuit Court applied the question of whether the officers “violated clearly established statutory or constitutional rights of which a reasonable person would have known.6”  In their conclusion, the Circuit Court in Deshotels v. Marshall (5th Cir. 2011) declared the officers’ conduct did not violate any established law and was therefore granted qualified immunity.7

What is evident and problematic about legal interpretations of police officers’ duty to intervene is that a common-sense approach has not been clearly defined as standard practice in established statutory or constitutional requirements. 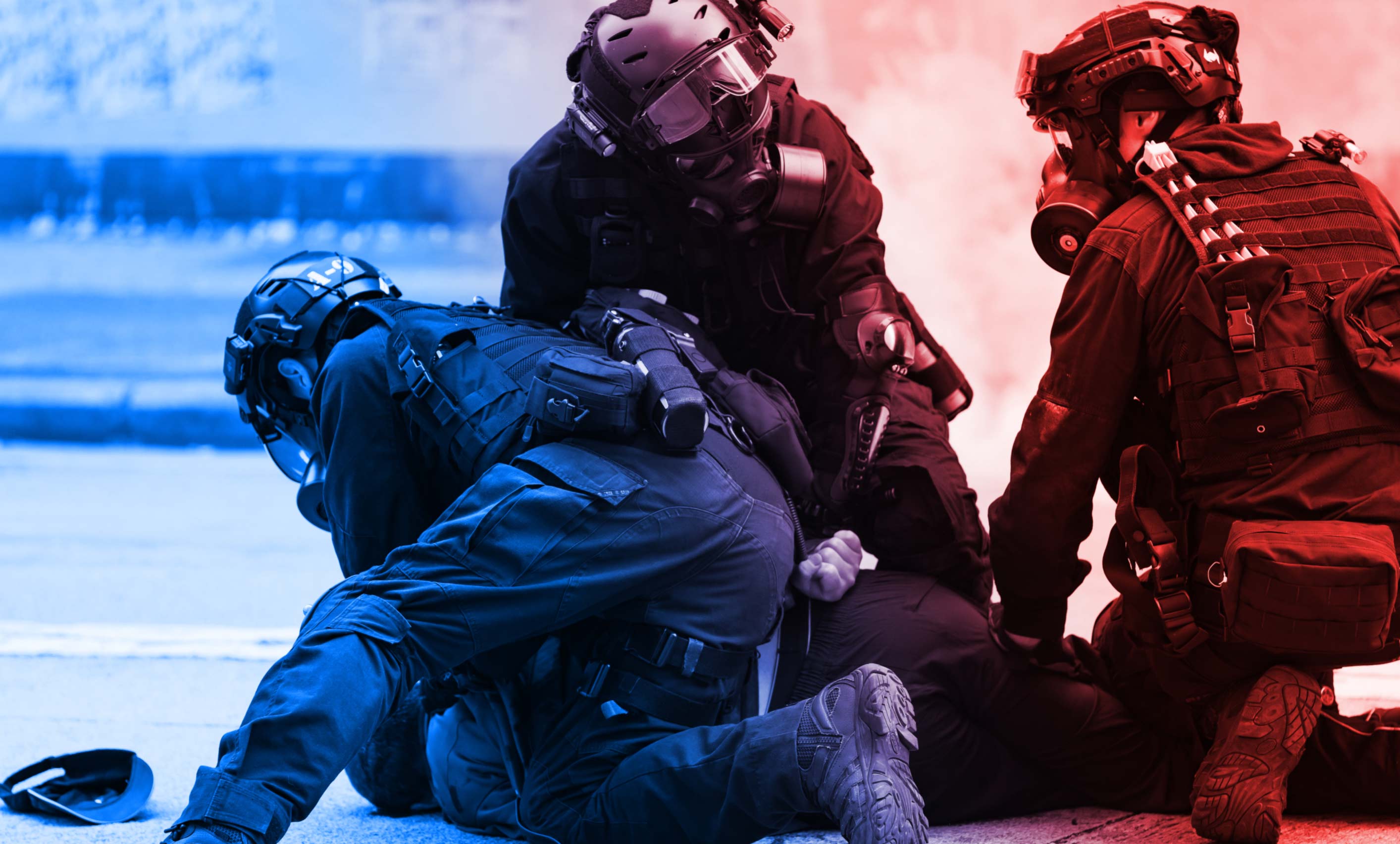 The U.S. Department of Justice’s guiding principles on law enforcement duty to intervene states that “an officer who purposefully allows a fellow officer to violate the victim’s Constitutional rights may be prosecuted for failure to intervene to stop the Constitutional violation.8” At issue, and of real concern, is the conditional language of ‘purposefully allows’ and ‘may be prosecuted’. What actions must law enforcement officers take to avoid the ‘purposefully allow’ contingency? If a witnessing officer taps his fellow officer on the shoulder and gives a calm utterance to stop, yet the abusive force continues, would this brief intervention suffice to avoid the vagueness of ‘purposeful’? Additionally, given that law enforcement officers are granted constitutional authority to use deadly force while responding to certain felony acts, are law enforcement officers then given authority to use deadly force against a fellow officer committing an assault on a citizen leading to the imminent threat of death?

Longstanding agency practices of failed police oversight and accountability exist in part due to ambiguous policy language of ‘purposefully’ and ‘reasonable’ – therefore, implicitly contributing to police use of unjustified force that continues unabated. Additionally, the use of ambiguous language has thwarted prosecutorial pursuit and successful conviction of the perpetrating violent police actor and officers acting in concert by standing as idle bystanders. 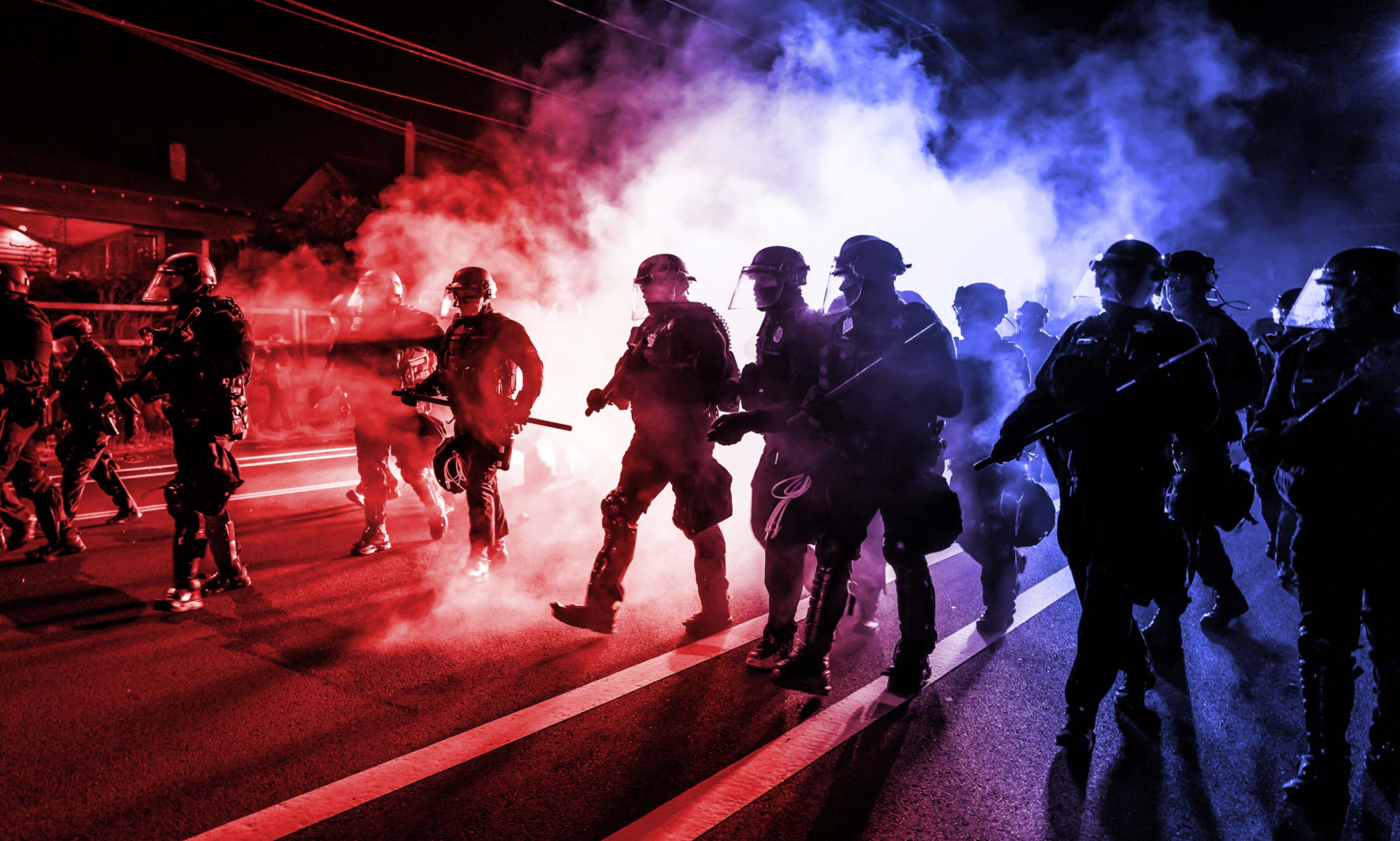 The events of recent months have spurred law enforcement agencies in cities such as Minneapolis, MN, Arlington, VA, and Dallas, TX, to establish duty to intervene policies that govern officer conduct. Police executives around the nation with good-faith intentions for officers have prioritized policies that safeguard the well-being of both citizens and officers. However, the National Fraternal Order of Police has expressed its concern and opposition to the use of force policies that it contends inhibit officers’ ability to defend themselves. Such claims have yet to be empirically supported.

Research has suggested that less than 50% of the largest 100 law enforcement departments have duty to intervene policies. Though it has been found that officers in police departments with more restrictive duty to intervene and use of force policies are less likely to be assaulted, injured or killed on the job, it cannot be assumed that intervention policies have been the cause.9 / 10

Balancing the need for policing in a free society against the need to afford citizens’ their constitutional protections against abusive powers must be at the forefront of socio-legal debates.

There are initial efforts in the New Orleans Police Department to train their officers in intervention approaches.10 / 11 It is much too soon to identify the results of this training. There are also efforts from the Georgetown Law Innovative Policing Program and their Project Active Bystandership for Law Enforcement (ABLE)13, premised on Staub’s intervention model, 14/15 that will be able to yield results from their research in the near future.

The CJR Solution: Develop policies clearly establishing law enforcement officers’ lawful duty to intervene when other officers use force that exceeds the parameters of lawful restraint protocols. It is our position that an officer's duty to protect has seamless alignment with their obligation to intervene. Failure in either duty is an exercise of deliberate indifference, and therefore a constitutional violation resulting from police officer misconduct.

In the charge to advance police reform at the state, local, and federal level, CJR calls for:

4 About Us. Law.georgetown.edu. Retrieved from here.

9 Sinyangwe, S. (2016). Examining the Role of Use of Force Policies in Ending Police Violence. Campaign Zero. Retrieved from here.