This research project was conducted after being contacted by a group looking to understand the impact of a criminal record on rural communities. This report, conducted in conjunction with Utah State University, served as the springboard for bi-partisan congressional discussions on the issue.

The goal of this act and our research is to lessen the barriers to employment for the formerly incarcerated, thereby reducing poverty and recidivism.

Researchers, organizers, and activists have documented the impossibilities of finding employment and stable housing and the detrimental impact incarceration has on future earnings. With unemployment, housing insecurity, and poverty all contributing to recidivism, a change is needed to break the vicious cycle of incarceration. To effectively make change, we must also recognize that this is a problem that negatively impacts most communities. While mass incarceration is proven to affect low-income communities, which are disproportionately communities of color, it has negative effects for individuals in both urban and rural areas. After completing their sentences, formerly incarcerated individuals suffer multiple challenges that prevent successful reentry and rehabilitation.

In March of 2022, the Center for Justice Research partnered with Utah State University to research the impact of incarceration on unemployment, considering race and population density. Our findings were used in bi-partisan congressional discussions on the Clean Slate Act, which would automatically seal criminal records for certain low-level arrests and nonviolent offenses. The sealing of these records would ensure that these individuals would not have to disclose information regarding their arrest or conviction to potential employers, and individuals or organizations would not be able to access that information.

Mass incarceration, particularly for nonviolent offenses, negatively impacts our society at the community, state, and national levels and requires bipartisan efforts to correct these negative effects through policy. In addition to policies that reduce incarceration, the Clean Slate Act could lessen the burden placed on formerly incarcerated individuals by helping them gain employment, one of the most essential steps of the reentry process. Without employment, the likelihood of experiencing poverty, housing instability, food insecurity, and recidivism increases. Individuals who have completed their sentences should be able to start fresh and get a fair shot at meaningful employment and financial well-being.

Op Ed from The Hill 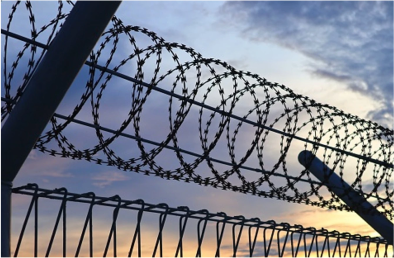 Rural white-majority geographies have a criminal justice problem, too

The nation just concluded observing Second Chance Month to raise awareness of the consequences of criminal convictions. One of the most significant ramifications of their criminal records is their inability to obtain employment.
Read More Here

Media Attention on the Report