HOUSTON (January 22, 2018) – Texas Southern University (TSU) announced the establishment of the Center for Justice Research (CJR), a new initiative designed to produce innovative solutions to criminal justice reform and address challenges in America’s criminal justice system. TSU was awarded $2.7 million by the Center for Advancing Opportunity, an initiative supported by funding from the Charles Koch Foundation and Koch Industries to the Thurgood Marshall College Fund.

The primary focus for the Texas Southern University Center for Justice Research (CJR) will be to produce innovative solutions to reform efforts by utilizing an experienced group of researchers working to understand and address the current challenges of the U.S. criminal justice system.

“The Center for Justice Research represents a new direction for Texas Southern and will strengthen our commitment to equal justice for all citizens,” said TSU President Austin A. Lane. “TSU is elated to receive strong support for the Center from the Thurgood Marshall College Fund and the Charles Koch Foundation, forming a critical partnership to advance knowledge through our faculty and evidence-based research, and in turn, care for our fragile communities.”

CJR’s mission is to change the paradigm of how historically Black colleges and universities (HBCUs) address criminal justice reform by developing objective, evidence-based research. The goal is to develop and disseminate interdisciplinary criminal justice research to dismantle barriers faced by American citizens in fragile communities. The Center will be an incubator for policy-driven criminal justice research support, increase the research capacity of HBCU faculty in the field, and train and mentor graduate students interested in addressing issues surrounding mass incarceration.

Howard Henderson, Ph.D., professor of Administration of Justice in TSU’s Barbara Jordan-Mickey Leland School of Public Affairs, will serve as the Center’s director.

John Hardin, Ph.D., director of university relations at the Charles Koch Foundation, said that more Americans are incarcerated than have a college degree. Hardin said that the Foundation is concerned that the criminal justice system has more impact on the community than the educational system and also has a greater ability to destroy lives.

“Research is required to ensure that the criminal justice system in this country is one that treats all people equally and with dignity so that citizens can live a fulfilling life,” Dr. Hardin said. “We are proud to be a part of a partnership supporting such critical, academic pursuits.”

Congresswoman Sheila Jackson Lee (D-18th District) said, “Our criminal justice system is deeply flawed and perversely inhumane support for reform spans the ideological spectrum, and this grant to TSU’s Center for Justice Research will help to enhance efforts to ensure that all of us receive equal treatment under the law.”

Jackson Lee, a senior member of the House Committee on Judiciary and Homeland Security and a strong advocate for justice reform, spoke via speakerphone in support of the initiative. She said that African Americans and other people of color are heavily incarcerated due to a disparate system, but that research and science are the tools to resolve criminal justice problems.

“TSU is an appropriate place for this commitment because it is the people’s university. It costs more than $32,000 to incarcerate people and more women are being incarcerated, so there is a crucial need for this grant,” Jackson-Lee said.

Harris County District Attorney Kim Ogg said, “Incarceration is the end of opportunity for many people, but this grant is setting the stage for a new era in criminal justice. We need a common-sense approach to avoid recidivism and address problems with mental illness and addiction in the community.” 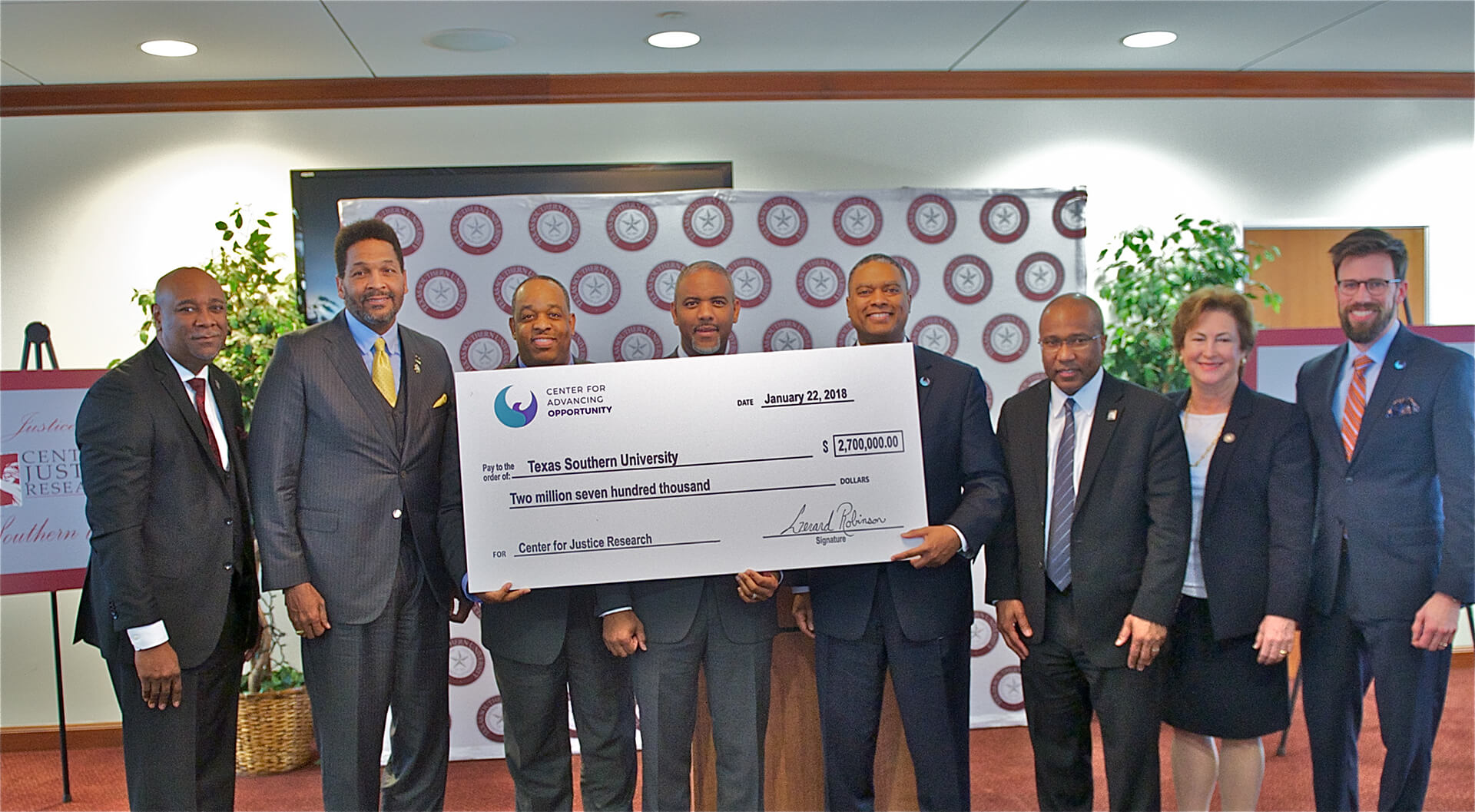 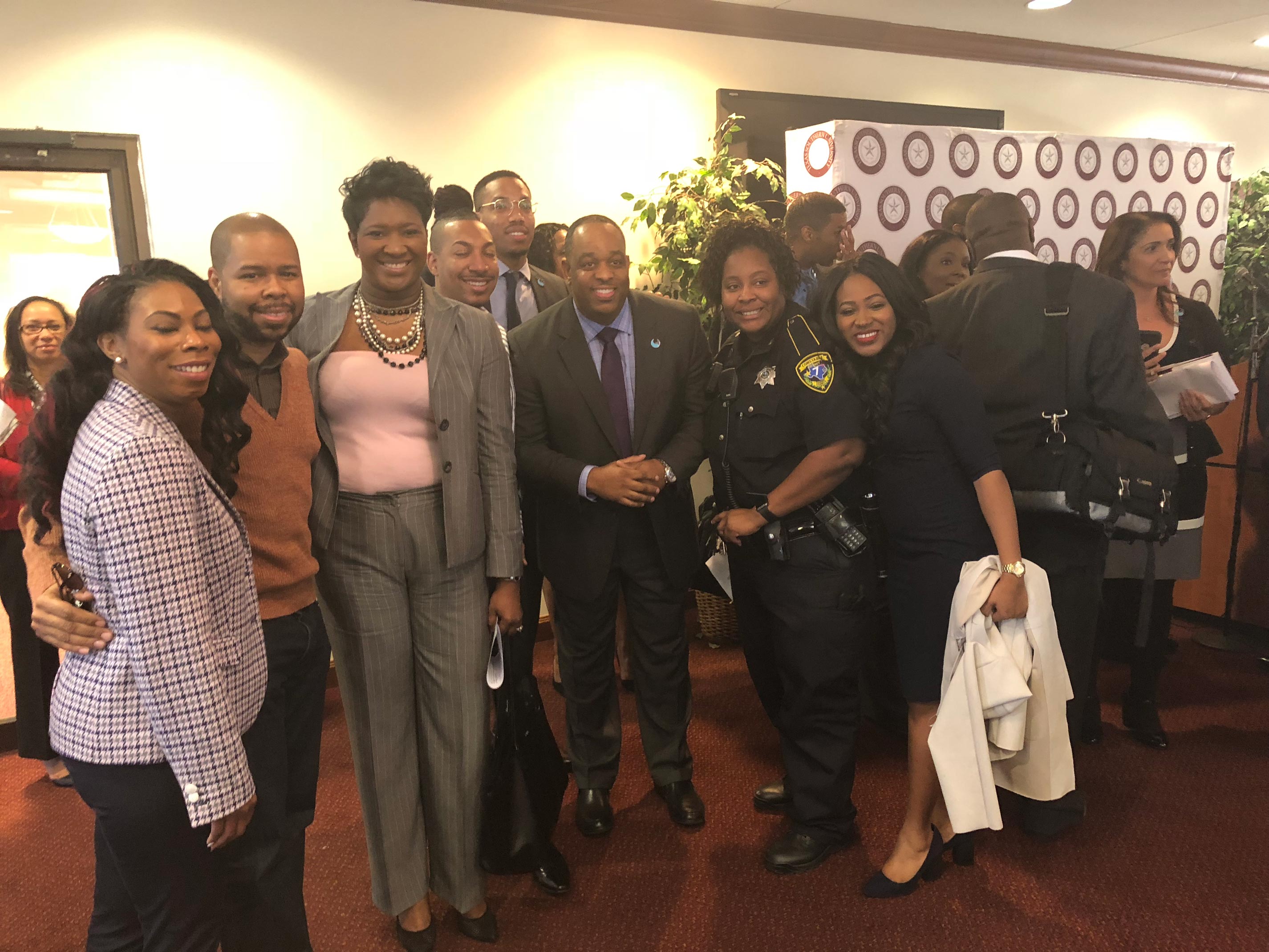 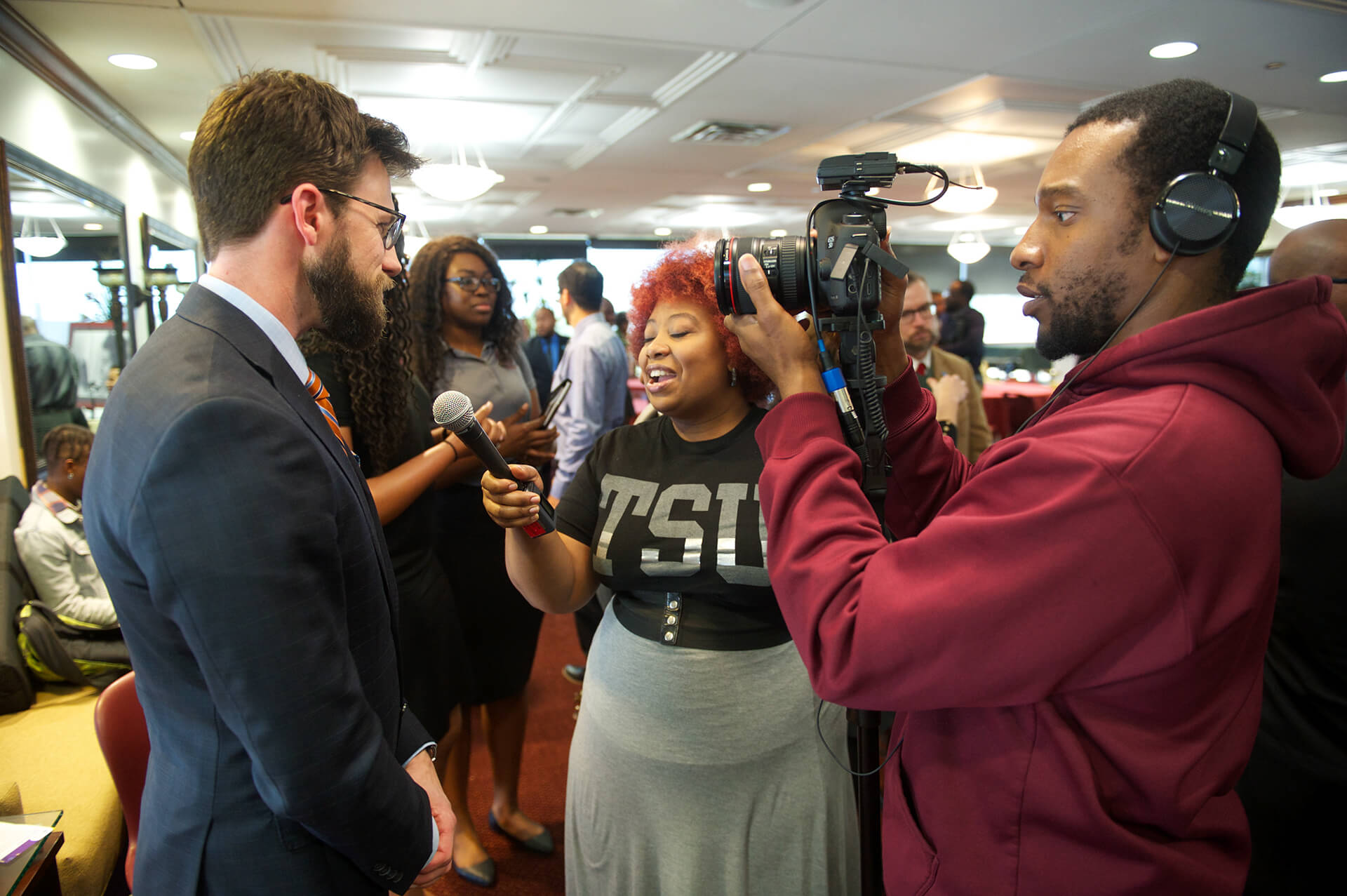 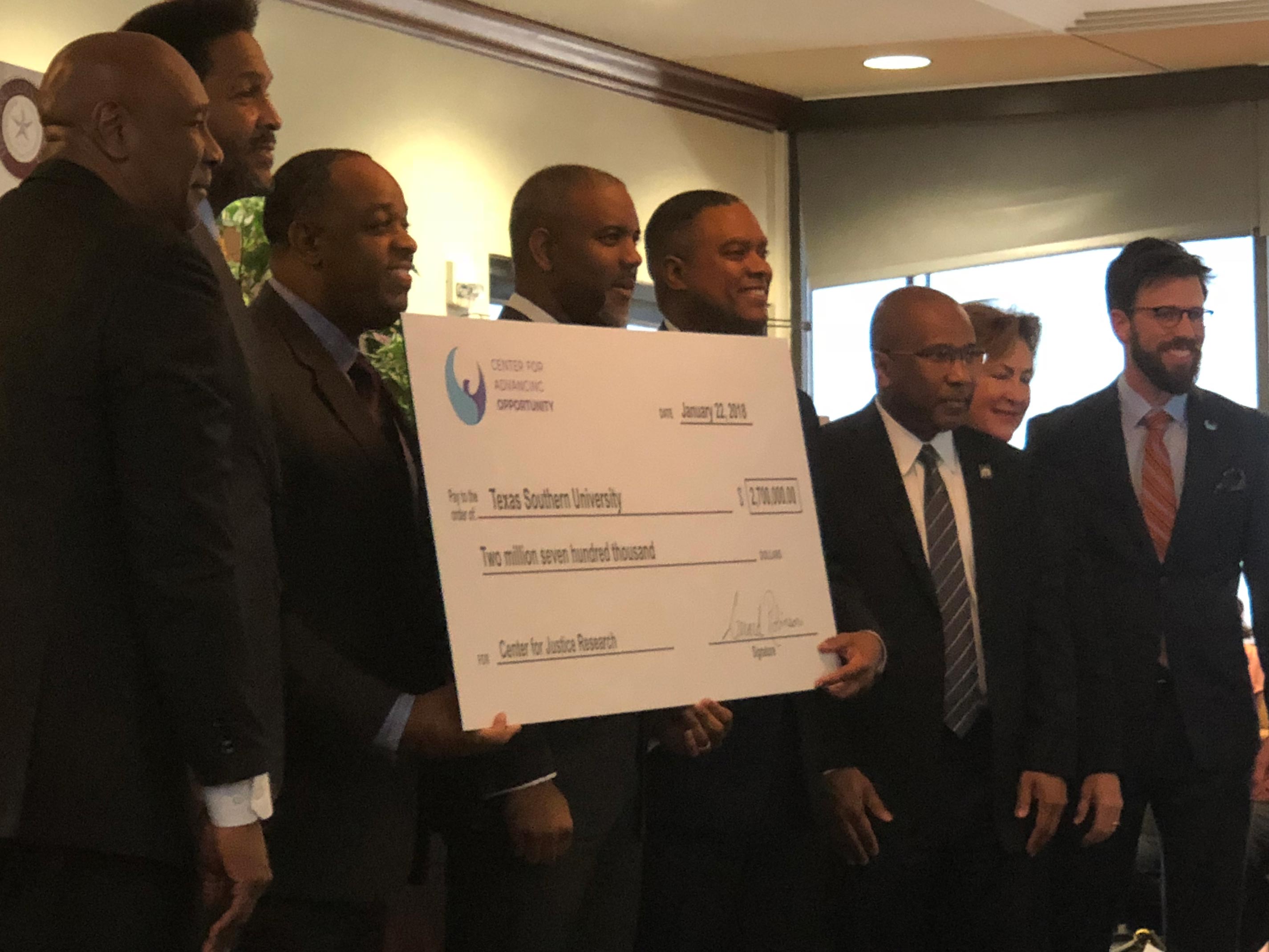 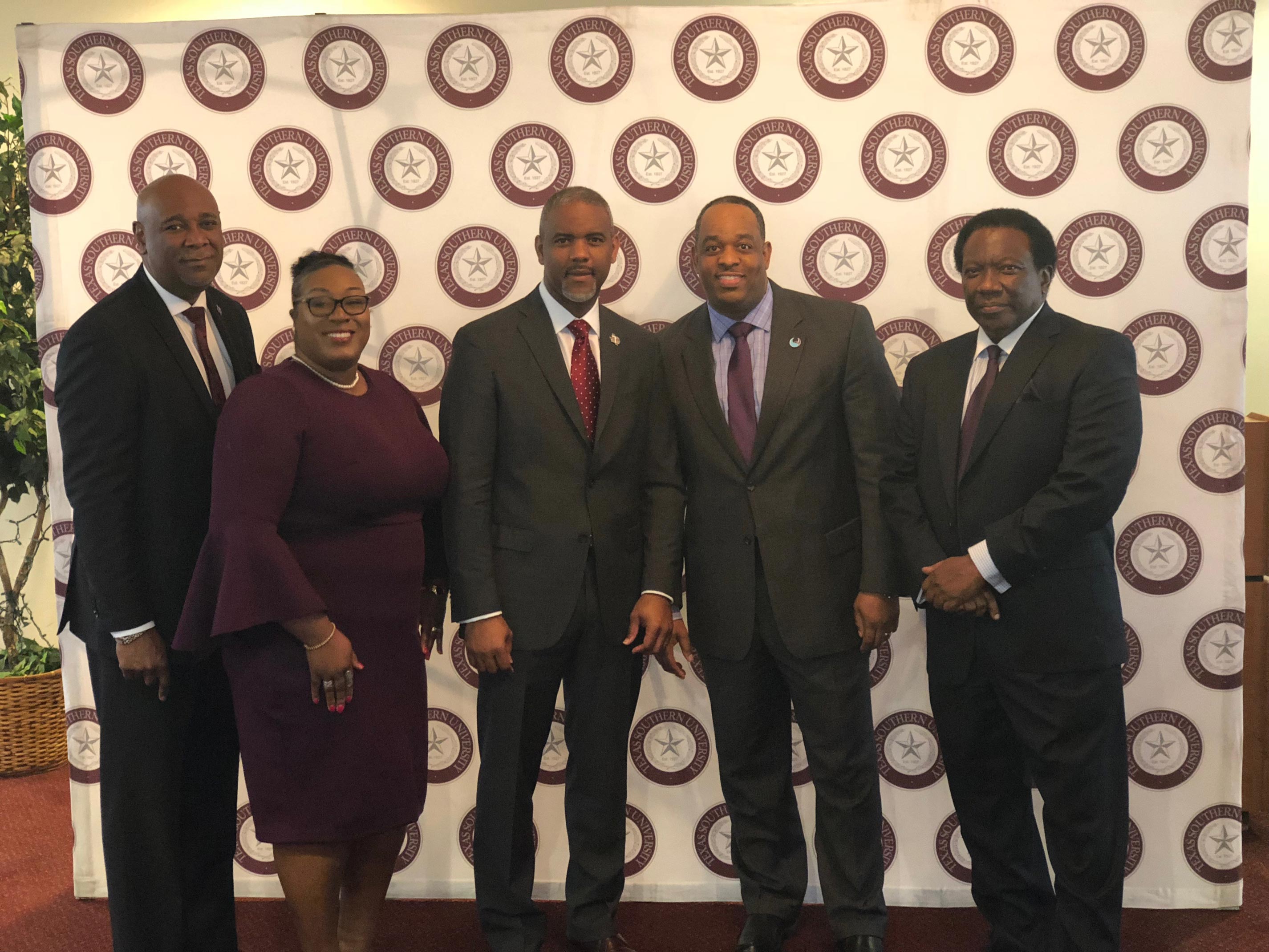 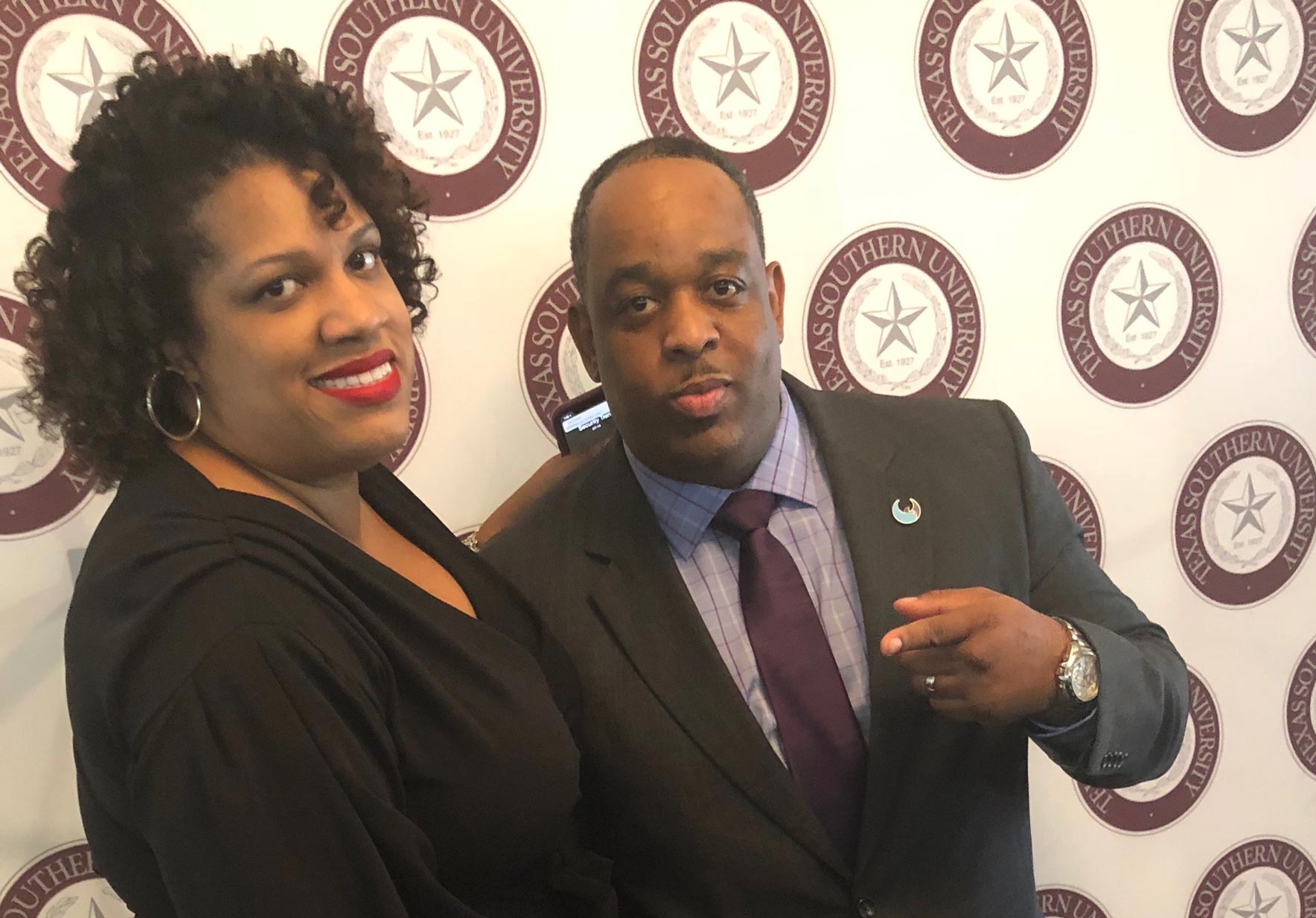 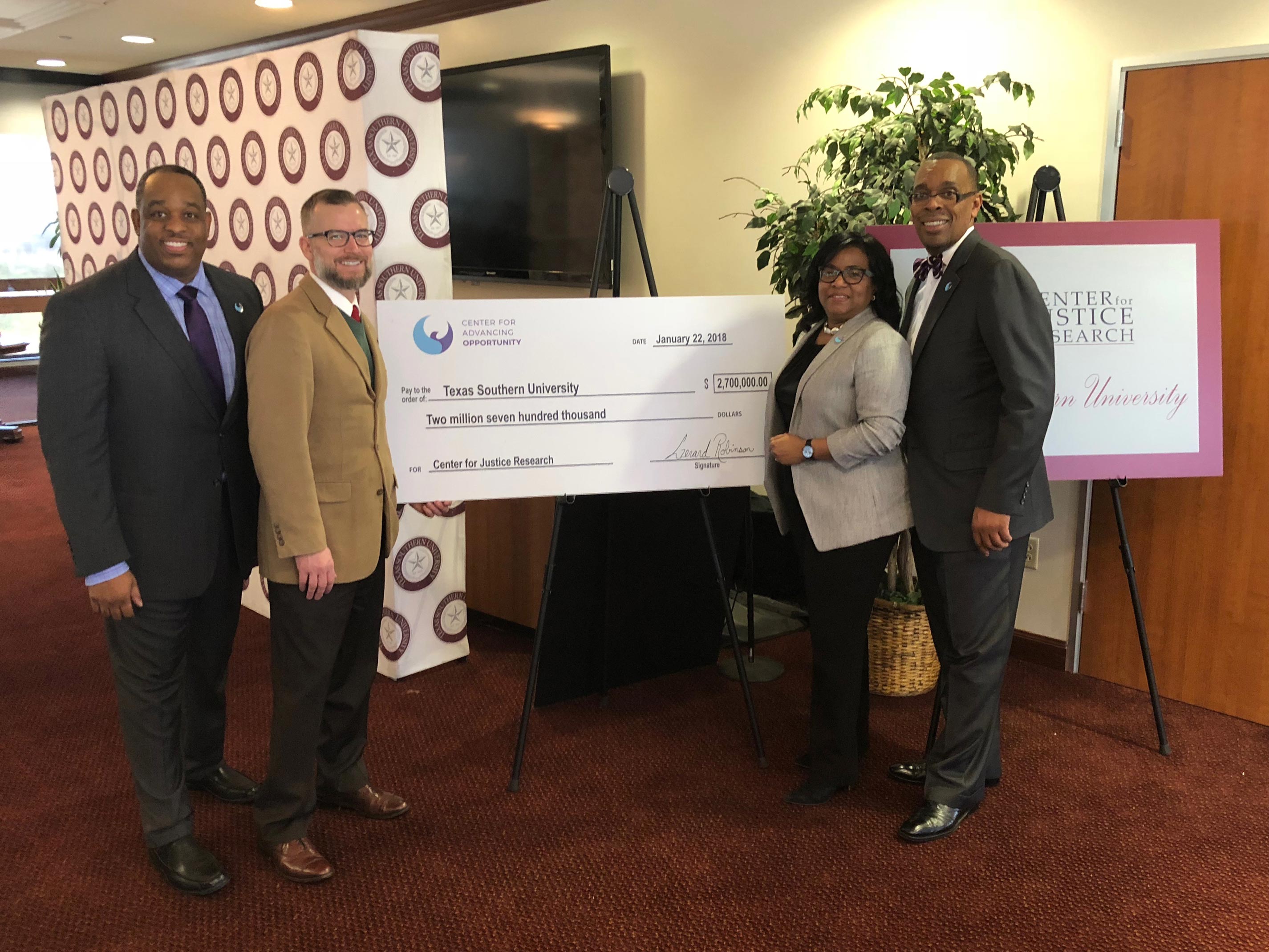 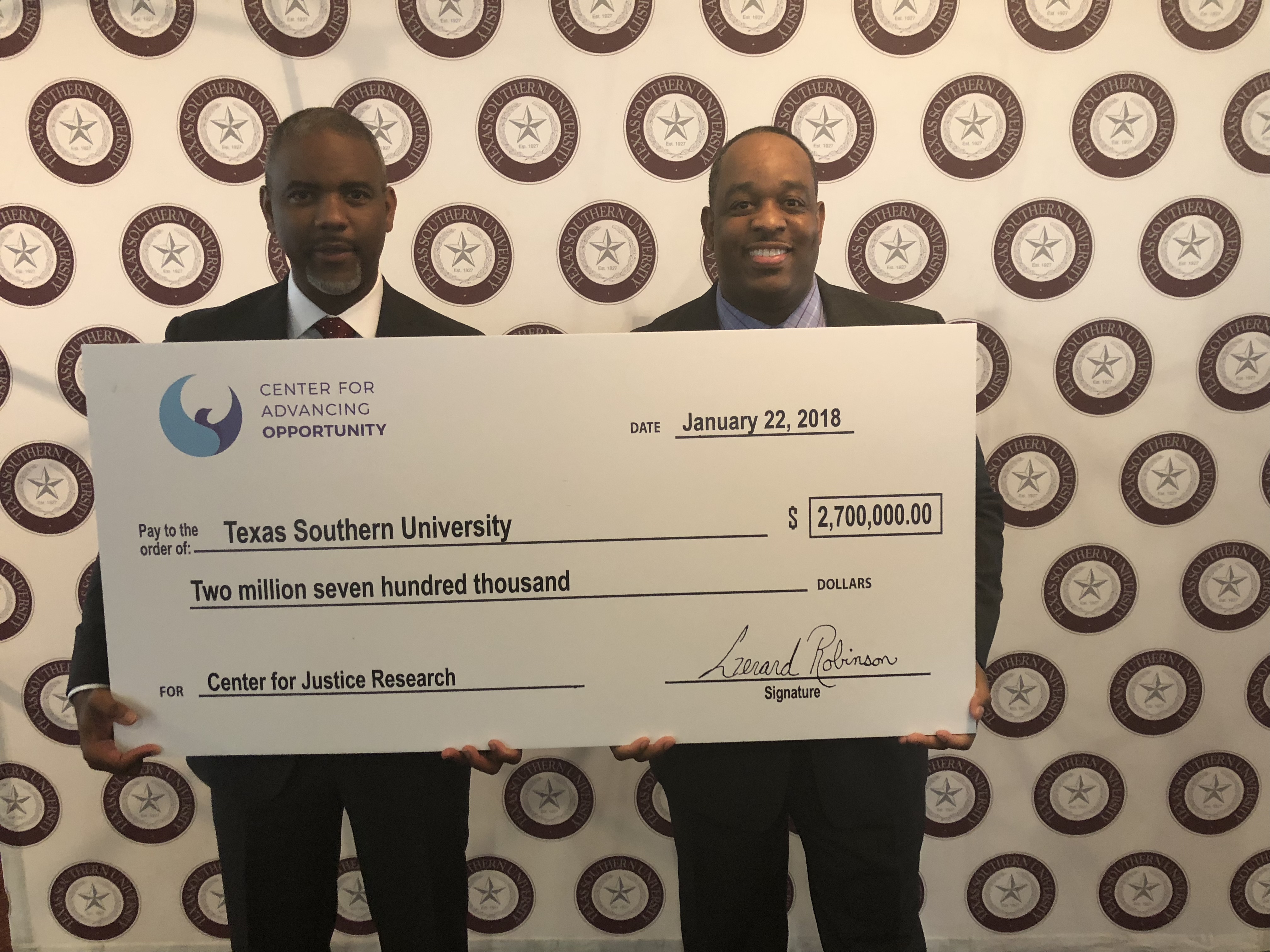 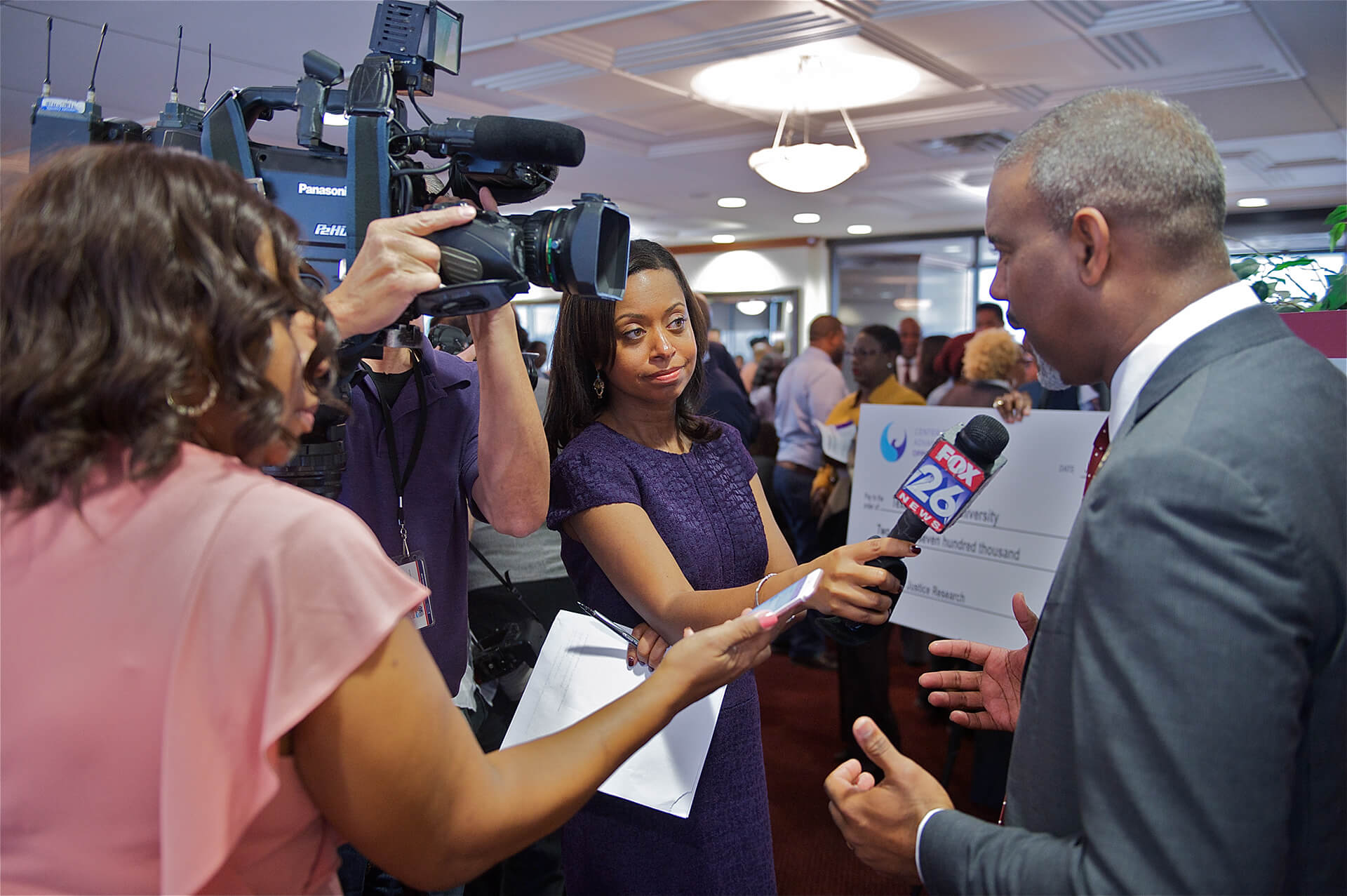 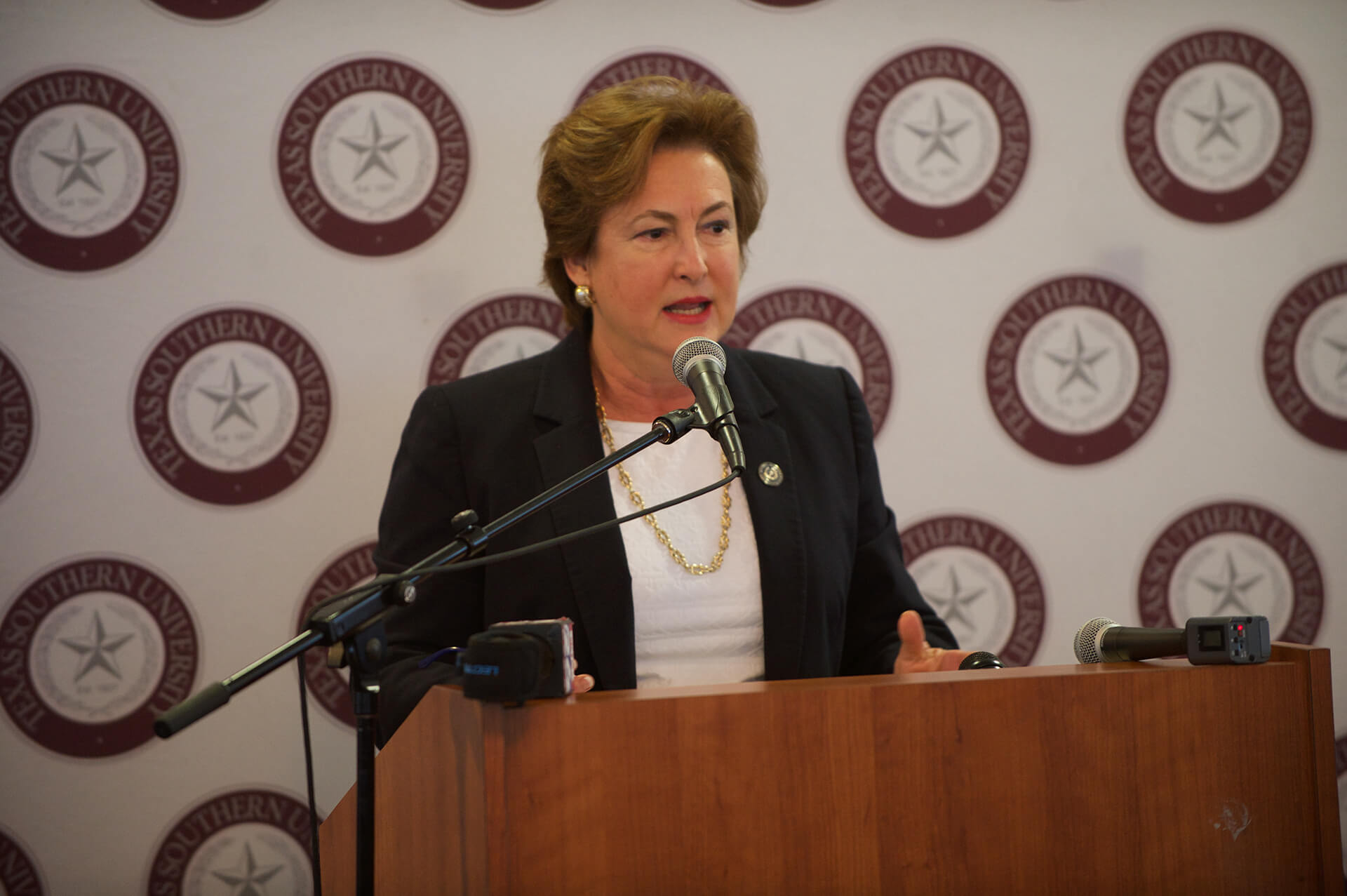 State of the Opportunity in America Summit - Washington, DC (2018)

Social Justice Through the Arts