In the wake of George Floyd’s murder, community-based efforts to reform policing accelerated across the nation. Most of these efforts, recommended policing reforms in the areas of tactics (e.g., banning chokeholds), training (e.g., de-escalation), oversight (e.g., civilian review), funding (e.g., shifting and/or adding funds to mental health resources) and law (e.g., relaxing qualified immunity). Various communities have implemented a wide range of reforms, efforts that have mollified current public outrage and demand without accountability for the effectiveness of such efforts.

The Center for Justice Research (CJR) and The Metropolitan Organization’s (TMO) Police Reform Action Team views the reforms suggested and implemented — including those occurring in Houston as a result of the recommendations of the Mayor's Task Force on Policing Reform — as positive first steps. However, while some organizations, such as the National Association for Civilian Oversight of Law Enforcement (NACOLE), have done an excellent job identifying different systems of reform, CJR and TMO have concluded that inadequate attention has been paid to measuring the effectiveness of diverse police reform efforts. It is our belief that complex interventions, like national policing reform, require constant attention, reevaluation and investment or the efforts will atrophy.

Overview of the project

TSU’s Center for Justice Research and The Police Action Reform Team are collaborating to design a comprehensive, data-driven means of measuring the effectiveness of police reform efforts because ‘what gets measured gets done. The system will permit regular measurement and reporting to keep reform efforts focused and provide information to improve results. While the specific parameters for such a measurement system would need to be the subject of additional research and evaluation. Key Performance Indicators should be objective and easily applied to law enforcement agencies across the nation.
‍
A measurement system could be designed to rank police agencies on specific metrics, but also aggregate criteria to permit ‘score’ ranking of police agencies by size and type. The result could be an annual list — akin to national rankings of colleges and universities — that provides feedback on the effectiveness of police reform efforts, highlights successful reform efforts and forces communities to confront poor policing performance. Such a system might also improve community trust in policing, boost transparency, identify training gaps, expose patterns of misconduct, strengthen the voice of those seeking further reform, and identify policy solutions that appear to have the biggest impact. As importantly, the measurement system will keep current the goal of achieving policing excellence, avoiding the need for a new ‘crisis’ to spur reform efforts. 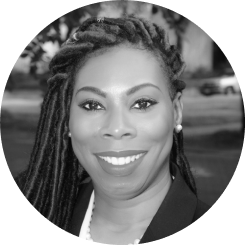