An Exploratory Study of Environmental Stress in Four High Violent Crime Cities: What Sets Them Apart? 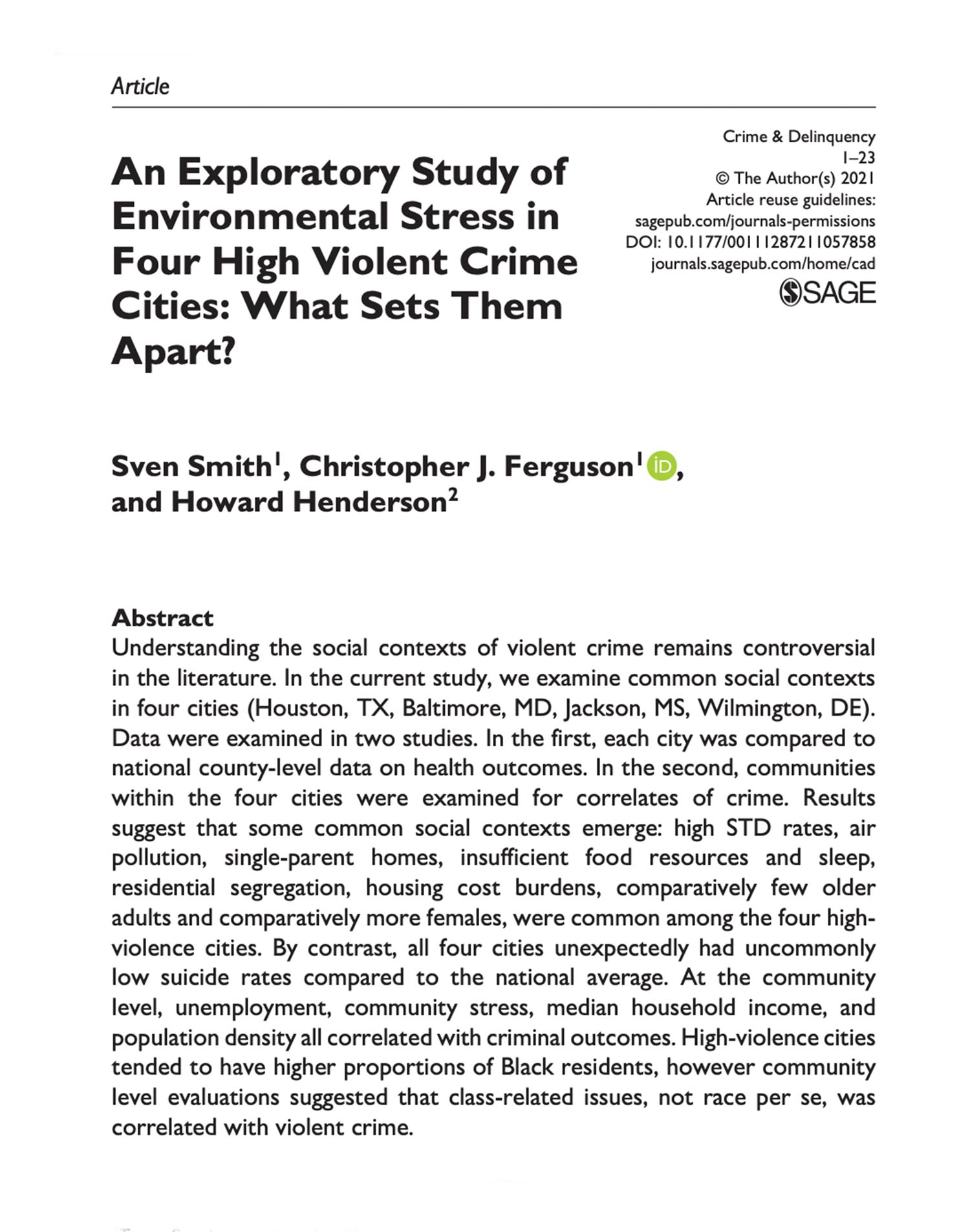 The Forgotten: The Impact of Parental and Familial Incarceration on Fragile Communities